Given to African American authors and illustrator for outstanding inspirational and educational contributions, the Coretta Scott King Book Award titles promote understanding and appreciation of the culture of all peoples and their contribution to the realization of the American dream of a pluralistic society.

Perfect for fans of Raina Telgemeier and Gene Luen Yang, New Kid is a timely, honest graphic novel about starting over at a new school where diversity is low and the struggle to fit in is real, from award-winning author-illustrator Jerry Craft.

The Stars and the Blackness Between Them
Author: Junauda Petrus
2020 Coretta Scott King Author Award - Honor

Told in two voices, sixteen-year-old Audre and Mabel, both young women of color from different backgrounds, fall in love and figure out how to care for each other as one of them faces a fatal illness.

Seventh-grader Tristan Strong tumbles into the MidPass and, with allies John Henry and Brer Rabbit, must entice the god Anansi to come out of hiding and seal the hole Tristan accidentally ripped in the sky. 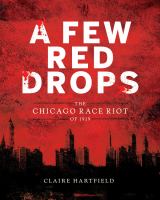 On a hot day in July 1919, five black youths went swimming in Lake Michigan, unintentionally floating close to the "white" beach. An angry white man began throwing stones at the boys, striking and killing one. Racial conflict on the beach erupted into days of urban violence that shook the city of Chicago to its foundations. This mesmerizing narrative draws on contemporary accounts as it traces the roots of the explosion that had been building for decades in race relations, politics, business, and clashes of culture.

It's 1946. Langston's mother has just died, and now they're leaving the rest of his family and friends. He misses everything-- Grandma's Sunday suppers, the red dirt roads, and the magnolia trees his mother loved. In the city, they live in a small apartment surrounded by noise and chaos. It doesn't feel like a new start, or a better life. At home he's lonely, his father always busy at work; at school he's bullied for being a country boy. But Langston's new home has one fantastic thing. Unlike the whites-only library in Alabama, the Chicago Public Library welcomes everyone. There, hiding out after school, Langston discovers another Langston--a poet whom he learns inspired his mother enough to name her only son after him.

When Candice finds a letter in an old attic in Lambert, South Carolina, she isn't sure she should read it. It's addressed to her grandmother, who left the town in shame. But the letter describes a young woman. An injustice that happened decades ago. A mystery enfolding its writer. And the fortune that awaits the person who solves the puzzle. So with the help of Brandon, the quiet boy across the street, she begins to decipher the clues. The challenge will lead them deep into Lambert's history, full of ugly deeds, forgotten heroes, and one great love; and deeper into their own families, with their own unspoken secrets. Can they find the fortune and fulfill the letter's promise before the answers slip into the past yet again?

Caleb Franklin and his big brother Bobby Gene are excited to have adventures in the woods behind their house. But Caleb dreams of venturing beyond their ordinary small town. Then Caleb and Bobby Gene meet new neighbor Styx Malone. Styx is sixteen and oozes cool. Styx promises the brothers that together, the three of them can pull off the Great Escalator Trade--exchanging one small thing for something better until they achieve their wildest dream. But as the trades get bigger, the brothers soon find themselves in over their heads. Styx has secrets--secrets so big they could ruin everything. 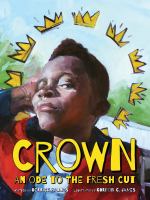 Celebrates the magnificent feeling that comes from walking out of a barber shop with newly-cuthair.

As Will, fifteen, sets out to avenge his brother Shawn's fatal shooting, seven ghosts who knew Shawn board the elevator and reveal truths Will needs to know.

After witnessing her friend's death at the hands of a police officer, Starr Carter's life is complicated when the police and a local drug lord try to intimidate her in an effort to learn what happened the night Kahlil died.

Welcome to the stunning conclusion of the award-winning and best-selling MARCH trilogy. Congressman John Lewis, an American icon and one of the key figures of the civil rights movement, joins co-writer Andrew Aydin and artist Nate Powell to bring the lessons of history to vivid life for a new generation, urgently relevant for today's world.

When two brothers decide to prove how brave they are, everything backfires--literally 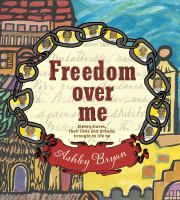 Using original slave auction and plantation estate documents, contrasts the monetary value of a slave with the priceless value of life experiences and dreams that a slave owner could never take away